Ed originally planned to use a small Honda Bike for the Rat Fink Hot Rod, but found he needed four wheels to keep it from tipping over. He ended up using a Cadillac electric-starter motor for power, and put his Rat Fink Hot Rod all together on a small kart frame. 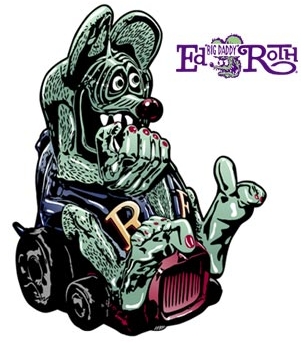 You can also Visit the Rat Fink Store for some really cool Fink merchandise, from decals to model kits.